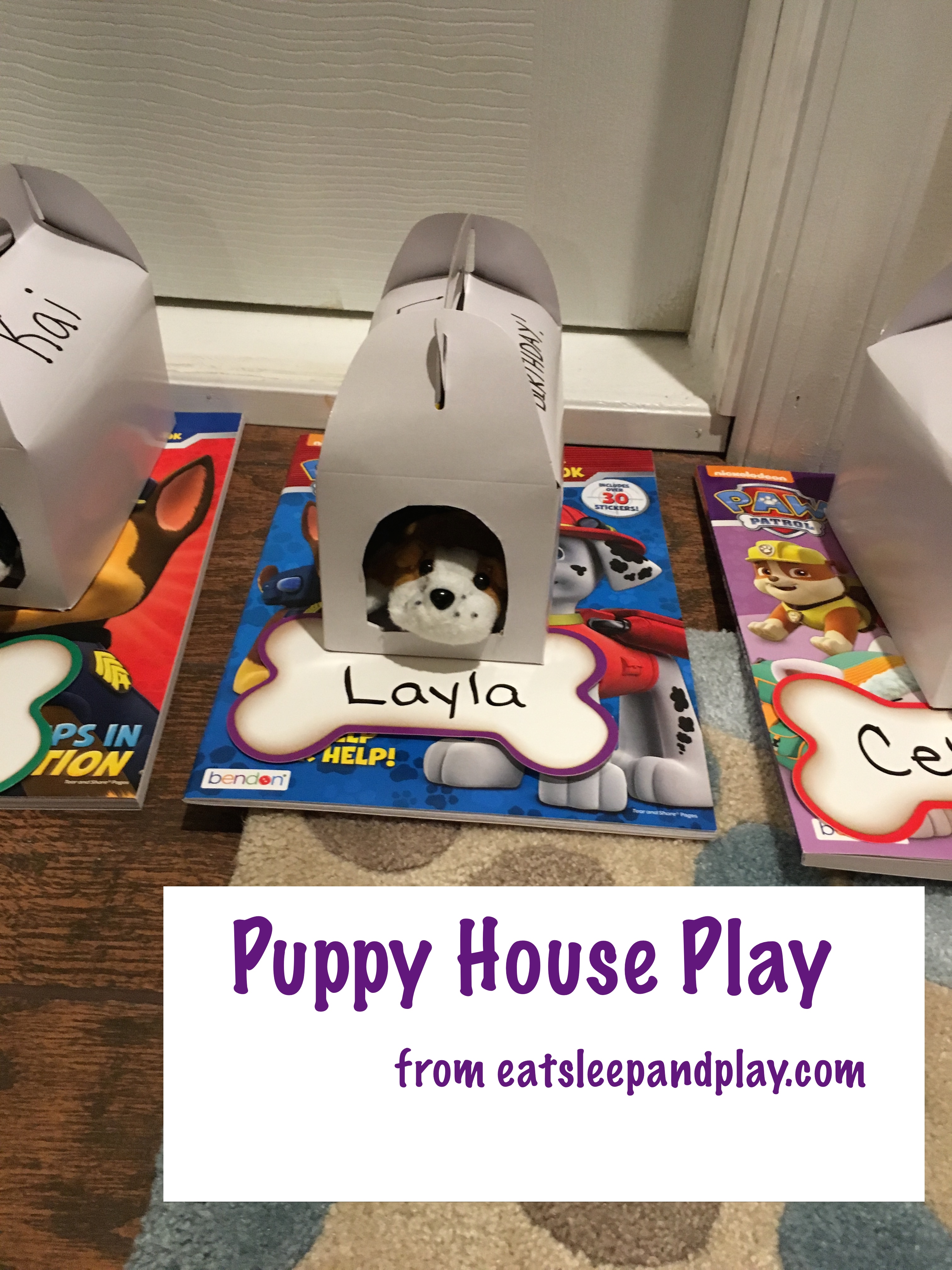 I made it through Layla’s birthday party weekend mostly in one piece (no thanks to Olivia who decide to start sleeping like a newborn again….get it together kid). We were told several months ago that Layla wanted a puppy themed birthday party (girls set, boys set) – welcome to puppy house decorating.


SPOILER ALERT – NO we did not get her a puppy (although every single person I know asked if that was the plan). I have two small kids and a husband…I don’t need another thing to take care of right now. Along with her cozy coupe, she did get a giant stuffed puppy (its bigger than her) and truly seems to love it as much as she would the real thing.

Sneak peak: I’m no Pinterest worthy party planner, but it was adorable.

We decided to host the party at our house, but shortly after sending out birthday invites I had a panic attack. How do I entertain a bunch of two year olds at my house without them killing each other? Or getting bored? Or just being generally destructive like two year olds like to be?

We’re so lucky to have a great play space filled with toys, but I wanted to also have some easy puppy themed activities that the kids could do on their own, or take home with them.

Puppy house decorating was a hit! 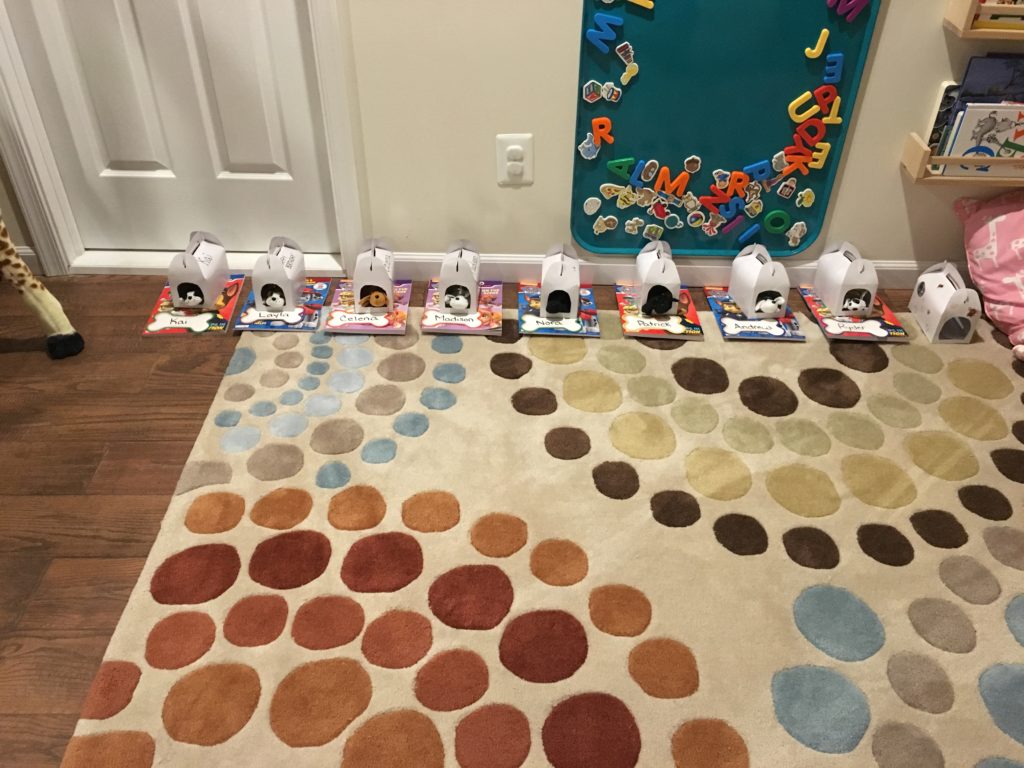 These puppy houses were a small treat bag for the kids, but also an activity that they could work on! Layla didn’t do any of hers at the party, but has been decorating it a little more each day since. Its also great for creative play.  Layla likes to play with her puppy, and than put him in his dog house for “nappy time”. 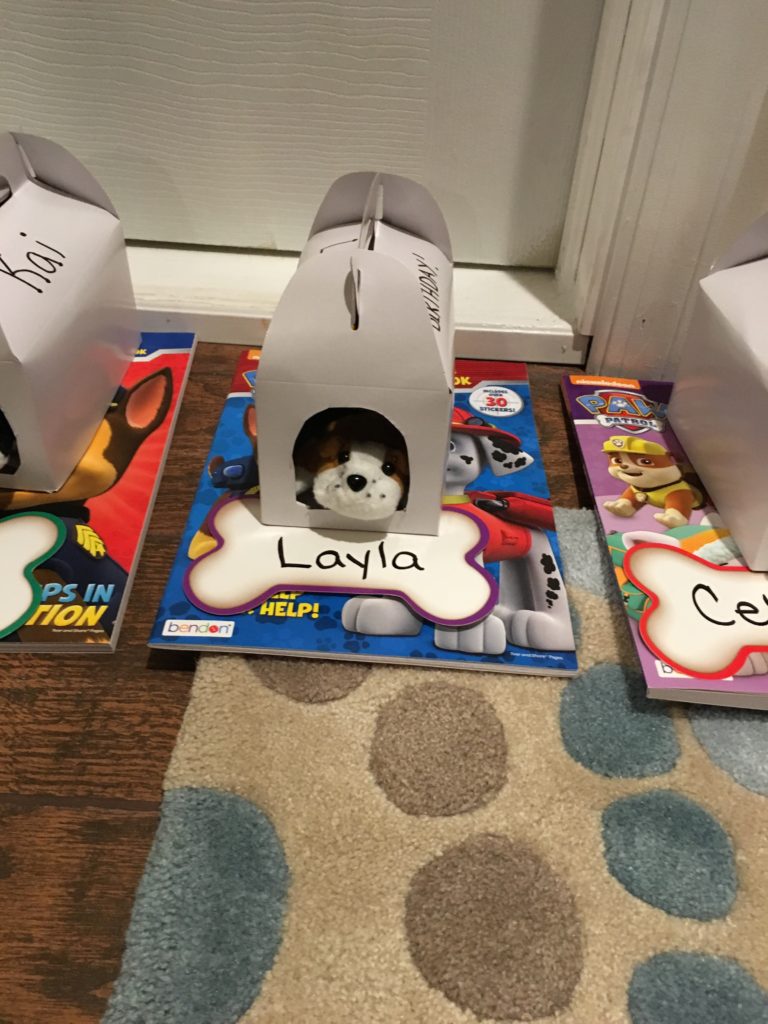 Cut a small hole into the front portion of your box (Since you can’t really fold this part of the box to snip a hole, I just poked one end of the scissor through).  From this, you can shape your dog house door.  Thats pretty much it! I placed the stuffed puppy inside, along with the decorating materials, and wrote the kids names on the side.

This project was a nice alternative to a “treat bag” filled with junk that their parents would probably want to kill me for giving them.

Vote for Eat Sleep and Play!

We use cookies to personalise content and ads, to provide social media features and to analyse our traffic. We also share information about your use of our site with our social media, advertising and analytics partners who may combine it with other information you’ve provided to them or they’ve collected from your use of their services. Find out more.